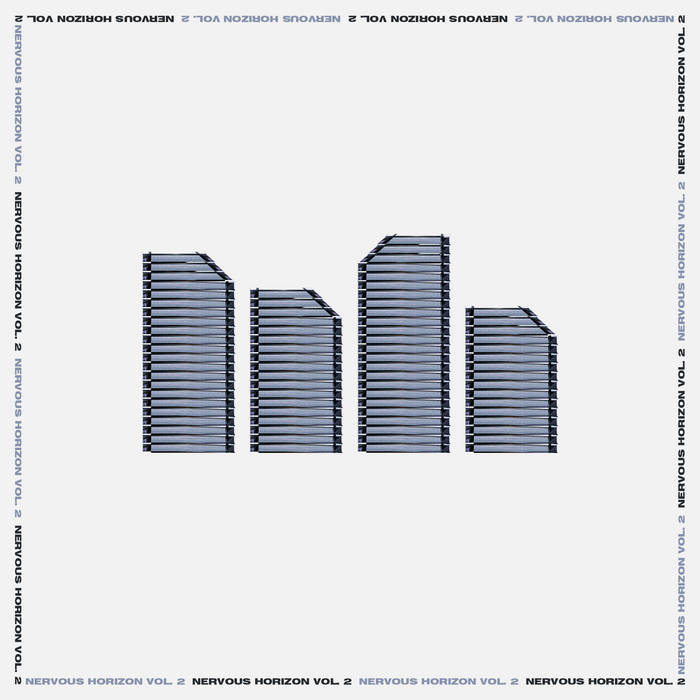 Comprised of 10 breathless club tracks from label crew and affiliates including Lloyd SB, Lokane and Ikonika, fresh off the back of her debut album on Hyperdub, Nervous Horizon Volume 2 serves up some of the most dynamic and exciting, new-skool club music out.

Put together over the course of the last 12 months, Volume 2 also solidifies the core unit that has given the label such gravitas; label heads TSVI and Wallwork, as well as producers like Loom (who forms part of off-shoot club night, Acid Fantasy), Tarquin, Luru and Lokane have all contributed heavily since its inception.

There’s also plenty of in-demand ammo on the tracklist — see Wallwork’s epic ‘Final Fantasy’ and the VIP version of Lokane’s ‘Body Double’ — as well as new material from Bubblin’ specialist DJ Missdevana and Ikonika, who Wallwork describes as a “great inspiration for all the artists on the label”.

In an extension of the experimental, funky-grime- drum hybrid 12” TSVI and Wallwork released through Black Acre in 2016, London grime MC Jammz also features on the anthemic ‘Come To The Dance’, produced by Tarquin, TSVI and Luru. An ambitious summer jam for the club, it embodies Nervous Horizon’s experimental spirit, landing as one of the most memorable tracks on the compilation.